Skip to main content
Labels
Posted by Unknown May 15, 2014

An Arab Woman's Perspective of an American Bellydance Teacher

Take me to Classes

A Middle Eastern woman's perspective on her American dance teacher.... Farnaz was born in Iran and grew up in Lebanon where she first studied belly dance with a wonderful teacher,  a true artist at the University.  She later came to the United States and was searching for a class that had the soul of the dance and found Najia from Philadelphia.

When I first studied bellydance, I knew very little about Middle Eastern culture and their specific way of moving and how it differs from American bellydancer. I also knew very little about the way they viewed dance. I had strong performing and other dance skills from my childhood as well as the artistry and passion but I knew I had to strive to make my dance true to the culture while maintaining my own uniqueness. This led to travels throughout the Middle East such as Turkey, Jordan, Israel and Morocco and many summers in Egypt. I also studied and hosted Sahra Saeeda extensively over 40 times for workshops and Certification programs as she is held in the highest regard as the ultimate American born dancer who understand Egyptian dance and culture.

In this interview Farnaz talks about Najia's unique immersion and soulful technique teaching style. Farnaz who is a professor of  Arabic language at Swarthmore and Bryn Mawr colleges equates it to  teaching language and how this is the fastest most effective way to learn the language of Arabic dance. She surprised me by saying my style of teaching bellydance is very similar to her teacher from Beirut who she adored and held in the highest esteem.

I tell my students to make sure if they are dancing for Arabs to speak Arabic with your dance not English. If dancing for Persians or Turkish people please respect their frame of reference. After all this dance comes from the Middle East .It is really charming to speak Arabic with an American accent but not the reverse as they will not understand you. Know your audience and adjust your dance accordingly.
Labels: american arab bellydance dance eastern lebanon middle najia perspective speaking style teacher teaching technique woman 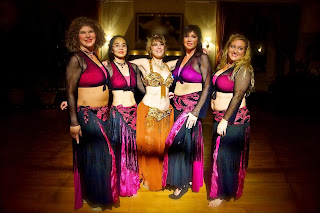